Classical, terrestrial gravity meters are operated on ground, necessarily being at rest during the gravity measurement. Conversely, kinematic gravimetry enables the continuous determination of gravity along a track.

For that, a gravity meter is mounted on a car, ship, or aircraft. In practice, such a measurement can be much more efficient compared to terrestrial gravity measurements at many points along that track, in particular, if gravity is to be determined for a whole region or country. In addition, terrestrial gravimetry is just not possible on water or in regions with rough terrain.

In such a kinematic measurement setup, a particular difficulty arises: Unavoidable up and down movements of the ship or aircraft, coming from vertical accelerations, are mixing up with the Earth’s gravity that is to be determined. Such vehicle accelerations can be of the order of several m/s² (turbulence, bad road conditions, manoeuvres), while airborne gravimetry typically aims at a gravity accuracy of the order of only 0,000 01 m/s²! For that reason, just using a gravity meter is not sufficient to determine gravity in this case. A second, independent sensor is required to determine the vertical accelerations of the vehicle, for example by means of vertical displacements of the vehicle. These vertical vehicle accelerations can then be removed from the mixed signal measured by the gravity meter to extract gravity. In the 1980s, radar echo systems were used for that for airborne measurements. Today, however, such measurements are accomplished at higher accuracy and a much easier setup using differential GPS.

Another difficulty of kinematic measurements arises from the fact, that the sensitive sensor axis of the gravity meter always has to be aligned with the local vertical (the intuitive down direction). A vehicle (car, ship aircraft) is however tilting along the track, coming from manoeuvring, turbulence, or for example the shape of the road (car) or wind speed or direction changes (aircraft). The classical solution is to put the gravity meter on a mechanically stabilised platform, which very precisely compensates any vehicle attitude changes. This is an enormous technical challenge – think for example how difficult it is to manually keep a bubble level aligned during car movements.

Since 2011, the chair of physical and satellite geodesy (PSG) is doing research on the use of body-fixed (strapdown) inertial sensors, so-called IMU’s, for kinematic gravimetry, replacing the classical, mechanically stabilised systems. The terms body-fixed or strapdown indicate that the inertial sensor is rigidly mounted to the body of the vehicle, relaxing the requirement of a mechanically stabilised platform. An IMU consists of three orthogonally aligned accelerometers, and three orthogonally aligned turn rate sensors (gyroscopes). The latter are required to computationally determine the relative orientation of the sensor with respect to the local vertical. Even though IMU’s are typically designed for navigation purposes only, the enormous benefits for kinematic gravimetry could be shown. Compared to a classical gravity meter, a strapdown IMU of the required grade has a lower price, much lower space and energy consumption, more lightweight (a factor of up to 10!), and it can operate autonomously without an operator on board, overall allowing the use of much smaller and more cost-efficient aircraft.

Since 2011, PSG was involved or physically taking part in campaigns in Portugal, Chile, Malaysia, Mozambique, Malawi and the United States, as well as two campaigns in Antarctica. In spring 2017, the practical advantages of strapdown gravimetry were also demonstrated in the scope of a dense, gravimetric airborne survey of the Odenwald Mountains (close to Darmstadt), using a very small and economical power glider, type Grob-109b (Figure 2). As to the knowledge of PSG, this was up to this date the smallest platform that was ever used for airborne gravimetry. Apart from the sensors, only one pilot was required on board the aircraft.

Since 2018, PSGD’s strapdown IMU is encased in a temperature-stabilized housing. Therefore, sensor drifts can be reduced and the accuracy is further improved. Due to the slower movement and the reduced turbulences, the highest accuracy in dynamic gravimetry is obtained in shipborne gravimetry. PSGD was engaged in and plans further shipborne gravimetry projects, e.g. multiple campaigns at the North Sea and the Baltic Sea, and a campaign at Lake Müritz, the largest inland lake in Germany. 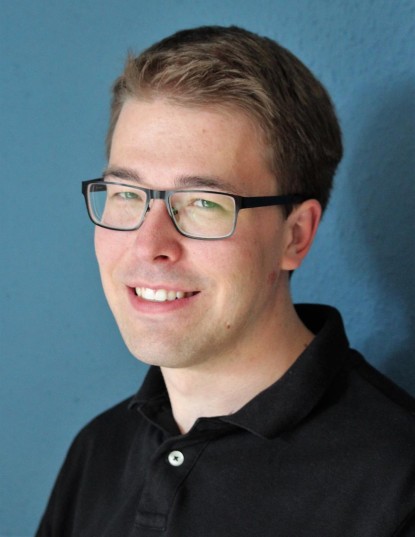